The most common advertising of Fidelity International – Advertising for Elite Avant Garde - All Versions; 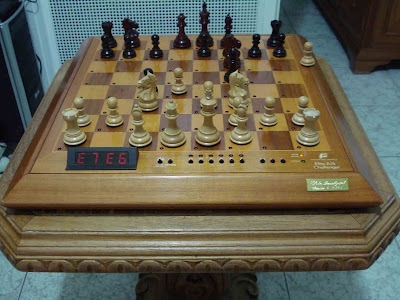 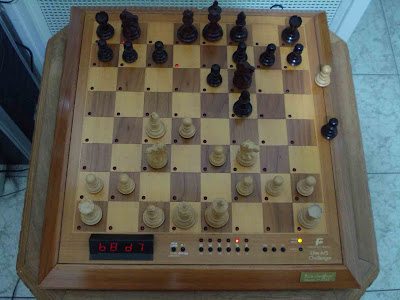 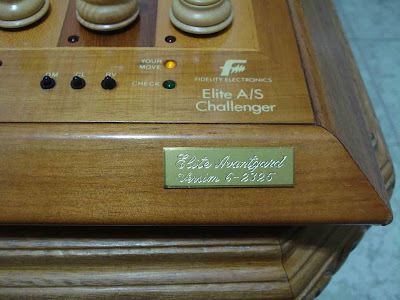 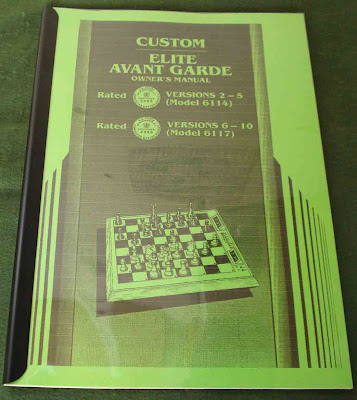 VERSION 2, IT LEARNS !: Same as Version 1, with additional feature that allows it to learn from its mistakes.

VERSION 3, MORE HASH TABLES!: Same as Version 2, running 24% faster than that 6098 model!. This increase in hash table size makes a marked difference in the capability of your Elite versus the basic version. For the absolute ultimate in hash table performance, see Version 4.

VERSION 5, OWN FIRST COMMERCIALLY AVAILABLE MULTI-PROCESSOR!: What else can we say, except that the increase in hash table size for this model accomodates the second processor added to this unit, and two 68000's are better than one.

VERSION 6, CERTIFIED RATING OF = 2325!: The absolutely highest rating ever awarded a commercial product in tournament play against rated human players in 48 games. This mode! Elite uses a 68020- processor running at 20 megahertz - the same hardware used to achieve the 2325 rating. Due to the certified 2325 rating, this unit requires a minimum hash table size of 512K, or 64K positions.

VERSION 7, 2325 PLUS MEGA HASH TABLES: Same as Version 6, with OVER ONE MEGABYTE OF RAM. The result of the increase in memory is an 8% increase in processing speed.

VERSION 10, THE BEST: Own biggest engine-68040 MICROPROCESSOR. Own-an chess computer that uses the same microprocessor sought after the world´s most higth-tech companies. With have entered into a working relationship with MOTOROLA and will be entering the world computer tournament.
Postado por tradechess às 10:14:00